In the heart of Tuscany

In the heart of the lands surrounding Siena, you’ll find perfect, essential landscape with hills, furrows, winding rivers and cypresses. Nestled among the hills, you’ll find hamlets and isolated monuments of extraordinary charm overlooking oak woods, olive groves and vineyards where Brunello and other great Tuscan wines are produced. To the west, the landscape is highly influenced by Monte Amiata, the highest extinct volcano in Italy. The river from which the Val d’Orcia takes its name is little more than a torrent for much of the year, almost drying up in the summer heat. But with the advent of autumn rains, it becomes an impetuous river that seems to want to sweep everything away. Its source is in the hills between Radicofani and Sarteano and, it descends into the centre of a wide hollow. It then winds progressively westward, skirting the hills of Pienza, San Quirico, Montalcino and Castiglione. It dodges Mount Amiata and plunges into a wild ravine before continuing among the hills of upper Maremma. Lastly, it flows into the Ombrone. Of course, the water is not only that of the Orcia and its tributaries. At Bagno Vignoni and Bagni San Filippo, the spa waters rising from the heart of the volcano come powerfully to the surface and form concretions of rare beauty. For millennia, these waters have offered well-being and health to a public willing to travel a very long way to enjoy them.

Is a small conglomeration of dwellings situated “…on the back of a tufo-mud hill (443m), under which flows the Trove stream on the Auster side, tributary of the Asso river, on the crossroads of the roads that arrive from Trequanda and Petroio di Sicille”. In 1213, in documents from the Siena State Archives, the name of Castel Mozzo appears for the first time, to indicate a settlement that already had characteristics of a fortified castle, with a court and with all of the fittings necessary for a castle of this type. In the XIV, XV and later centuries the structure of Castel Mozzo is that of a typical fortified castle. Built in a tufo-mud hill it has a round plan and is surrounded by walls and bastions that make access difficult to the tower house in the piazza. The walls are built in tuffaceous stones, placed irregularly and in some even now there are openings for cannons. There are four roads, slightly sloping, two paved in stone and two in brick that all lead to the piazza, in which is dug a large cistern of rain water, with a travertine base and iron supports. The castle coat of arms consists of a fig branch with a seal that shows an effigy of the Virgin of the Assumption, who has always been the town’s Patron Saint. The name of Castel Mozzo (lit. ‘Docked castle’) comes from the fact that from faraway it appeared like a fort overlooked by a very low tower, that could have seemed ‘docked’. The appellative of “Castelmuzio” is thought by some to be connected with the ‘Muzia’ people of Roman origins. At the centre of the town is the Chiesa Plebana originally dedicated to St. Giusto and then, in the XVI century, to St. Mary of the Assumption. The beautiful bell tower is later (linked to the XVI century), has a square form and a vaguely Lombardian style. The bells were all cast in the last century, except that of the “Communion”, paid for through offerings and a particular donation given in 1814. The Tower House, first seat of the Magistrate Giusdicente and the Vicar of the republic of Siena then became, in the XVI century “House of the Community”. And finally the Spedale (Hospital) of St. John the Baptist that carries out more social aid than medical. It welcomes orphans and old people and abandoned people in general, giving them food and shelter. Fonte: http://www.turismo.intoscana.it 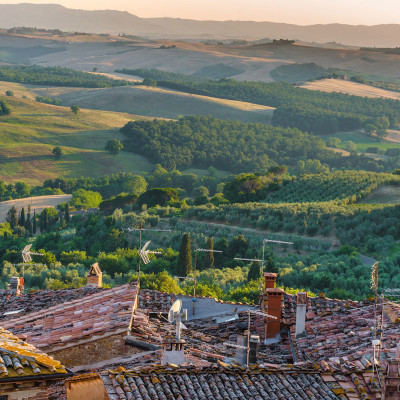 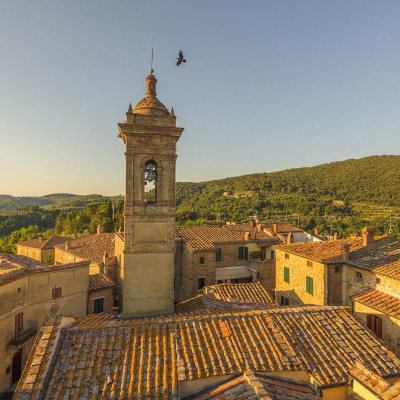 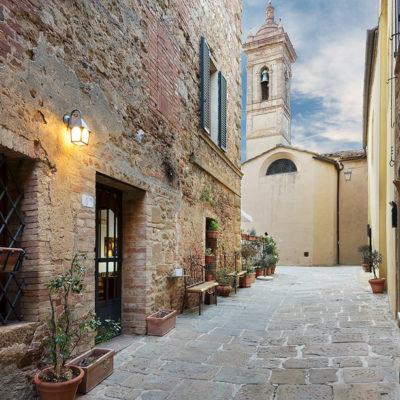 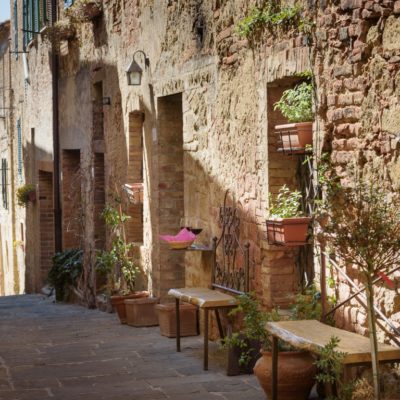 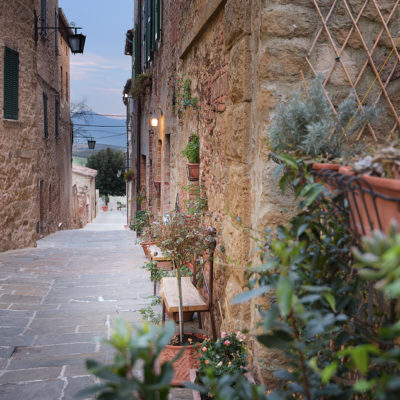 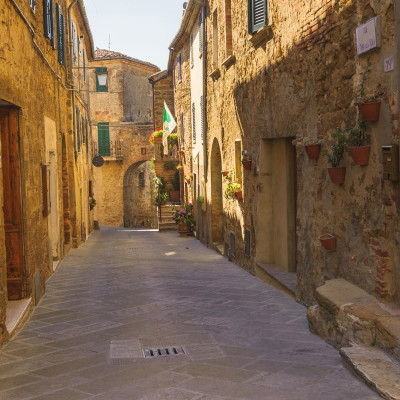